History of the KMC

In Korean history, the 1870’s was the time for opening the country to the world.
Although no missionaries yet arrived in Korea at this time, some Koreans were looking for a new paradigm of thought and religion. Seo, Sang Ryun and Lee, Soo Jung contributed the work of translating the Bible in China and Japan. The Korean Bible translated and printed in China was distributed by book sellers. And the Korean Bible translated and printed in Japan was already in American Missionaries’s hand when they arrived in Korea.

After Robert S. Maclay, an American missionary for Japan, met the Emperor Kojong in 1884 and was allowed to found schools and hospitals. Henry G. Appenzeller, the first American Methodist (North) missionary, arrived at Jemulpo port on the Easter Sunday morning in 1885 while the mission of American South Methodist was begun with the visit of the Bishop E. R. Hendrix and C. F. Reid in 1895. 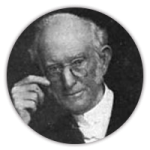 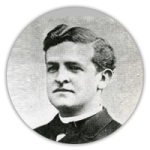 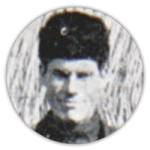 The Wonsan Spiritual Awakening in 1903 inspired by Robert A. Hardie’s repentance directly entailed a series of consequent Movements such as ‘Pyungyang Great Revival Movement’in 1907 and’ Saving One Million Souls Movement’in 1909. Through these movements, Koreans were able to establish a new community based on Christian values and ethics as well as experience of repentance, rebirth, and holiness.

Beginning with Prayer Meeting for saving the nation, the Methodist national movements against the Japanese intrusion turned into struggles against the Japanese colonialists in many ways. Rev. Jun, Duck Ki was one of the representing leaders. During‘ the March First National Movement’, many Methodists was injured and the church buildings were burnt down to ashes by the Japanese. The patriots such as Ryu, Gwan Soon (a student of Ewha Girl’s school) and Lee, Jun (who was dispatched to the Hague Peace Conference, 1907), Rev. Park, Suk Hoon (minister of Pungyang Namsanhyun Church) are the well-known Methodist figures. Korean Methodists continually and significantly contributed to national independence movements such as the provisional Korean Government in Shanghai, Independence Movement Organizations, Association of Patriotic Ladies. Especially, Choi, Yong Shin’s‘ Enlightenment Movement’for agricultural countryside was one of the social movements deeply involved with reformulating the nationality of Korea.

The Methodist Episcopal church in America and the Methodist Episcopal church, South agreed with each other to work together in Korea. In 18th November 1930, 22 representatives of North and South American Methodist church set up a committee in regard to this union. Eventually, the first General Conference of Kidokgyo Josun Gamreehoe (the former official name of the KMC) was held on the 2nd of December in the same year. Yang, Ju Sam was elected as the first Bishop. All of these impliy that the KMC was entering into a new era of the Independent Church.

In this year, the KMC proclaimed three principals ‘Authentic Christian Denomination, Authentic Church, Korean Church’and adopted 8 articles of ‘Methodist Doctrinal Proclamation’and 16 articles of ‘Methodist Social Creeds’. Also, from the initial stage of the KMC history, the role of laity was important as they filled a half of committee memberships. The KMC accepted female priesthood;14 females missionaries were ordained in 1931.

The KMC was forced to worship Shinto Shrine by the Japanese at the last stage of their occupation. Some church leaders made a regretful decision by the threat and hypocrisy of the Japanese. The gradual increase of Japanese dominance impelled Korean Methodists to establish Ilbon Kidokgyo Josun Gamree Gyodan (Korean Methodist Church of Japanese Christianity). It was eventually conjoined Ilbon Kidokgyo Josun Gyodan(Korean Christian Church in Japanese Christianity). Meanwhile, other nationalistic and pietistic Korean Methodists refused Shinto Shrine Worship. They were jailed and died in the prison.

Although Korea finally obtained national independency in 1945, Korea was divided into North and South Korea governed by USA and Russia. The division is still the political context of Korea. The Christians in North Korea above Millitary Demacation Line were successful to build the Seobu Conference, but then they are severely persecuted by the Communist government. Church leaders were prisoned because they did not support Communist government. Many Christians moved to the South for their religious freedom.

The Korean War from 1950 to 1953 left many broken down churches and a number of casualties. The aftermath of Korean War is a situation where North and South Korea contest each other in various aspects such as politics, culture, and religion. Korean Protestantism was also experiencing divisions and fragmentations.

The KMC are facing changes in this century. The Korean economic development from the last century put Christian mission into a difficult situation. Yet, the mission tasks are various than ever before e.g. differently abled persons, migrant workers, and social welfare. Regarding this, ‘the Three Million Believers Movement’was an opportunity to revitalize church and Christian mission by evangelization and social service. In particular, the Honam Evangelization Meeting in Kwangju, 2004 gathered thirty thousand Methodists and introduced many people the Christian Gospel.

Celebrating 120th anniversary and re-adaptation of the system of ‘the President of Bishops’, the KMC now announces ‘the Methodist Church Giving Hope to the World’, formulating new Methodist church, evangelization of the Korean Nation, and reunification of Korea. In this sense, th 19th WMC in this year would be a great opportunity to raise the KMC’s status to the world, to reconstruct the KMC’s identity, and to pray together for the unity of the churches and reunification of Korea.